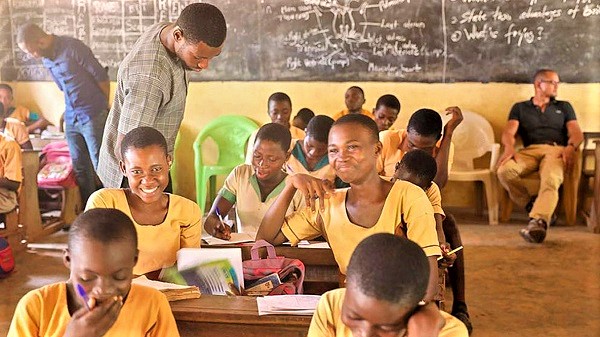 In many parts of the world, including Ghana, there is a growing demand for the formal school system to be more actively involved in teaching children about good character and ethical/moral decision making.

That growing demand clearly reflects the fact that society is reaching out for something more fulfilling in education than a sheer attempt to enhance the intellect and is in line with the view expressed years ago by Theodore Roosevelt, a former American President, that, “to educate a person in mind and not in morals is to educate a menace to society.”

It is this rationale that informs the need for a continual overview of school curriculum as we see now in our country, Ghana.

The inefficiencies of the current objective-based curriculum are being addressed more and more as the common core programme (CCP) has now been promulgated widely.

At the base of the CCP, is the belief of nurturing a new generation of honest, creative and responsible Ghanaian children.

As such, every part of the curriculum including the related pedagogy, should be consistent with the following values inculcated in the learner:
Respect for all, diversity, equity and equality, hard work and commitment to achieving excellence, teamwork and collaboration, truth and integrity.

The issue of school-based character education, however, produces a myriad of questions.

These include: Do schools have a moral purpose? Should shaping of character be as important as the training of the intellect? Can virtue be taught in a formal educational set-up? Should value charged issues be discussed in the classroom? Whose values should be taught? And, at the end of any such teaching, how can character and values be accurately measured?

These questions are not new, nor are they indigenous to any particular period of history. Rather, they have arisen throughout the history of education.

How these questions have been answered and how philosophers, theorists, educators, politicians as well as the general public have responded to them varied from generation to generation.

In Ghana, the general public seems to agree that schools have a moral purpose and that shaping the character of our future leaders is as important as the development of their intellectual capabilities.

Thus the Ghanaian public is clearly giving out a moral mandate to our educational institutions to vigorously pursue and address the issue of good character development, as well as deep-rooted ethical and moral decision making.

That mandate is given out through the often openly-expressed views that, “it is our educated men (and women) who have failed our society” and there is even an erroneous and damning perspective that, “the problems of Ghana are mainly the creation of educated sons and daughters, not our illiterate folks”.

In most of such expressions, the allusion and the emphasis are on failures and problems on the moral/ethical rather than on the purely intellectual front.

Character must be broadly conceived to encompassed the cognitive, affective and behavioural aspect of morality.

Good character consists of knowing the good, desiring the good, and doing the good. Schools must, therefore, help children understand the core values, adopt and commit to them, and then act upon them in their own lives.

The pivotal core ethnical values that should form the basis for good behaviour are caring, honesty, fairness, responsibility and respect (for self and others).

An educational programme committed to character education must explicitly name and stand for these values at all times. These values must be promulgated to all members of the educational community and be well-defined and in terms of behaviours that can be observed in the lives of the society’s young ones.

A secondary step would be to model the pivotal values, to study and discuss the models, to use the finalised and agreed models as the basis of human relations in schools, to uphold, “tried and tested pivotal value models” and to showcase them by making all education community members and constituents accountable to the ‘tried and tested standards of conduct’ that are consistent with the core values.

The true assessment of a character-building programme would be the measure of change in the behaviour of the students, on and off campus.

Needless to say, manifestation of such an educational programme would need to be celebrated, honoured and rewarded if the resultant manifestations are positive and reflecting in less violence, less cheating, less bullying, fewer acts, which could lead to an insurrection, less involvement in drug-abuse and occultism and fewer acts of immorality, etc.

If character education is to reverse moral decline, it has to be effective. Character education cannot run on the assumption that children can simply be ‘fixed’ by affixing “Character Education’ into the syllabus and in the school timetable. No ! That would not do.

There is the need to re-tune our society and culture to become primary tools that will provide the operative values that give concrete direction to the lives of our young people. A comprehensive approach to developing the character of the pupils, students, learners and other young ones must be a collaborative effort.

That is the only way out. For if the entire society does not reinforce and daily drum home the goals of deep-rooted ethical and moral behaviour and celebrate them , any character education provided solely by the formal education system will be gravely undermined and inadequate.

Parents, relatives, chiefs and queens, men of religion, politicians and other key leaders and all stakeholders in our society as well as the media and other institutions must be galvanised and be ready to join hands with our schools in leading the way in an all-embracing character education programme, if the behaviour of our young ones are to be positively affected for the good of all.