Prempeh College representative at the 2021 National Science and Maths Quiz (NSMQ), Eden Nana Obeng, is heading to the United States to further his studies.

He has gained admission to the California Institute of Technology, Caltech, where he will be pursuing higher education.

Prempeh College emerged as the winner of the NSMQ21, with PRESEC and KETASCO finishing second and third place, respectively.

The prodigy will be studying at the prestigious US university after helping to make his alma mater proud at the NSMQ21.

Obeng and his colleagues led Prempeh College to victory, triumphing over PRESEC, which finished second and third place KETASCO to win the coveted 2021 trophy. 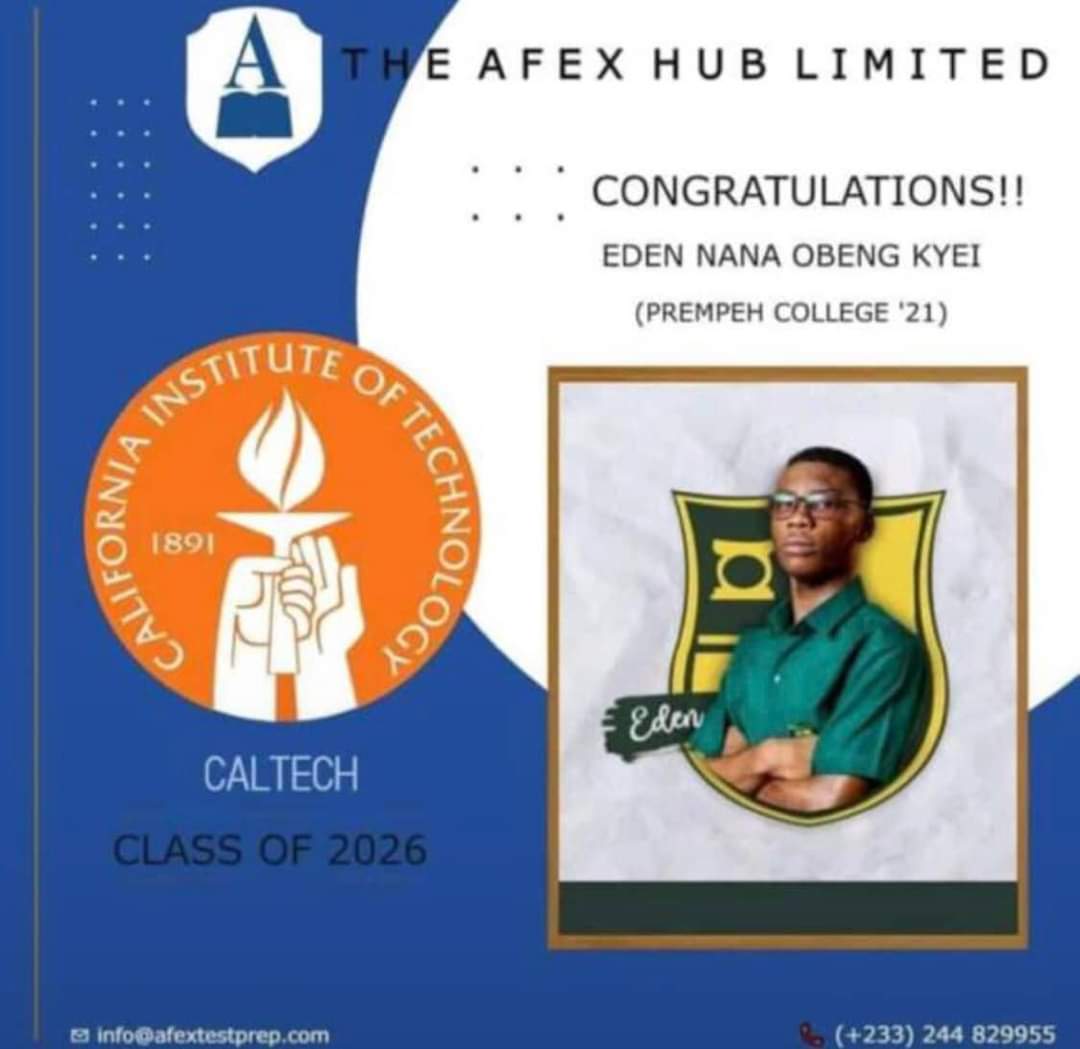