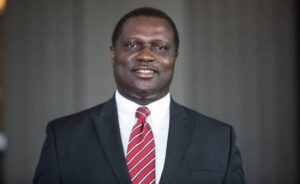 Dr Yaw Osei Adutwum, the Minister of Education has announced the opening of six new Science, Technology, Engineering and Mathematics (STEM) schools this year to improve on the science to humanities ratio programme.

The Minister announced this on Sunday at the meet-the-press series in Accra to update the country on issues in the educational sector.

As part of the commitment to the advancement of STEM education in the country, he said the government had commenced the development of 20 STEM centres, and 10 model STEM Senior High Schools across the country, which were at various stages of completion.

He explained that government had worked to improve the science to humanities ratio with 60:40, stressing that the introduction of the one-year pre-engineering programme would further increase the ratio.

The pre-engineering programme was launched after consultations with Tertiary institutions to create non-traditional pathways for Arts students to read engineering.

The Minister announced the introduction of Gifted and talented Education course at Senior High Schools, to develop the creative talents and potentials of the students.

The Ministry, he noted had established the National Education Institute to run tailor-made courses in school leadership and management for practicing and potential teachers to improve learning outcomes.

That, he explained was necessary because research conducted by the National Teaching Council revealed that 94.5 per cent of headmasters or headmistresses in the public schools do not have formal training in school management.

He said the introduction of the National Standardized Test for all primary four students in the country, which started on December 17, 2021, was to evaluate learning outcomes in English and Mathematics at the primary school level.

The Minister stressed that this year’s timetable for the test would come out early for primary two, four and six, adding that, the initiative would create a system to ensure value for money.

Dr Adutwum announced the government’s intention to roll out the Community of Excellence Project to enhance literacy among children and ensure continuity of access to education of the younger generation.

Under the project, he explained the government envisioned a community where 90 per cent of the children at the age of 10 would be able to read and write meaningfully and progress from Junior High School to Senior High School and transition to the tertiary level.

Touching on the ongoing University Teachers Association of Ghana (UTAG) strike, the Minister was confident of engaging them to resolve the issue and get them back to the classrooms.

It could be recalled that the 15 branches of the UTAG in a statement copied to the Ghana News Agency decided to continue with their industrial action despite a directive from the National Labour Commission to call it off.

The UTAG on Monday, January 10, 2022, embarked on industrial action over their “worsening” conditions of service.

The Commission after hearing their case on Thursday, January 13, 2022, ruled that the strike be called off because it was illegal and did not follow due process.