Details of why the Ghana Education Service (GES) sacked ‘Teacher Kwadwo’ known formally as Michael Owusu Afriyie, a primary four teacher at the Akrofrom District Assembly Primary School in the Ashanti Region have been emerging.

According to the GES, Teacher Kwadwo misconducted himself as a professional teacher, and he was a subject of disciplinary action long before now. 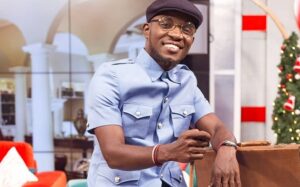 The GES says he absented himself from the classroom on 55 working days in the last academic year alone.

His headteacher, has also been demoted to a classroom teacher for being “incompetent” and unable to stamp his authority and whip him into line.

The School Improvement Support Officer (SISO), who was to supervise his work has also been re-assigned from his current role to a classroom teacher in a different district.

The GES constituted a committee to look into the said professional misconduct.

A report from the District was sent to the Regional level and the Regional communicated same to the national.

The GES at the national level in a letter dated October 27, 2021 came to the conclusion of termination.

Teacher Kwadwo was accused of refusing to prepare lesson plan as a professional teacher and ignored the directive to the District Director to prepare the lesson plan. He is also said to have further refused to submit Lesson Notes for vetting by his headteacher.

He is also said to have exhibited the “highest level of insubordination towards the District Director and the School Improvement Support Officer (SISO) responsible for his school as well as the headteacher of his school, and that he in some instances refused to respond to queries served him by both the headteacher and the SISO.”

However, since the termination of appointment requires the endorsement of the GES Council, which had not been reconstituted at the time the recommendation was made, the communication of the decision was put on hold until the GES Council was reconstituted, hence nothing was communicated to Teacher Kwadwo earlier.

Teacher Kwadwo, a comedian and a professional teacher announced on social media on Saturday [Dec 18, 2021] that he has been sacked by the GES.

He said the letter from the District office of the GES announcing his dismissal cited misconduct as the reason.

He, however, questioned the timing of communicating to him of a decision which was taken in October and threatened to fight back in court.

The following is what Teacher Kwadwo posted on Facebook.

Oh yes,all that you have been hearing is TRUE.
I received a letter from my District Education Office on friday after the standardized exams.
In the letter I was told that I have been “SACKED” . The letter is dated “27th October 2021” but friday’s date was “17th December 2021”.

sorry for laughing but it’s funny.
Their reason for SACKING me is VEEEEEERY FUNNY.
I will bring the FULL DETAILS out soon but please and please again, I have no evidence and I can never say this issue is political. I have not mentioned any political party’s name that they did it,therefore if you wanna make this issue political,you are on your own. 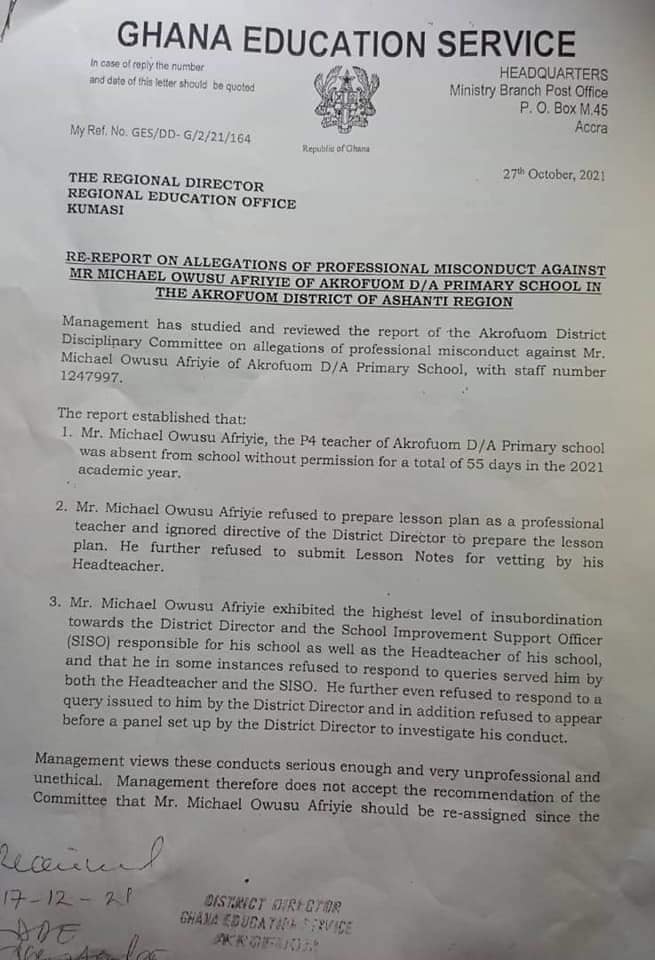