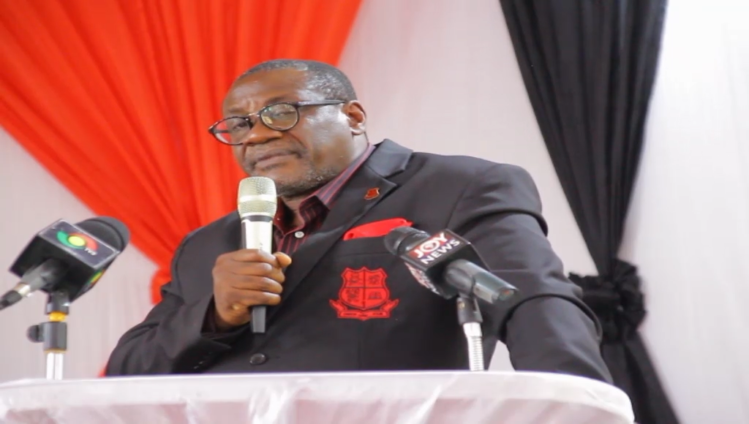 Former Rector of the Ghana Institute of Management and Public Administration (GIMPA), Prof. Philip Ebow Bondzi-Simpson, is pushing for a change in the admission process at the senior high school level.

He wants heads of schools to be allowed to admit students into their schools just as authorities at the basic and the tertiary levels, do.

Speaking at the Mfantsipim Stakeholders Forum in Cape Coast, on Monday, the Founding Dean of the UCC Law Faculty indicated that the Computerized School Selection and Placement System is destroying traditions of schools and hurting them.

He indicated that if in Ghana, out of all the levels of schools, it is only the secondary school that there’s computer placement, then, there’s the need for the stakeholders in education to evaluate it and change such a system.

According to him, the system put in place to admit the students, should take into account old boys/girls of the schools, children of staff, a consideration of the members of the church and small amount of protocol.

To him, it’s out of place to centralize a placement system that disadvantages those who have been contributing to the growth and development of the school.

Prof. Bondzi-Simpson believes the system is unfair and destroying the traditions of the school, apart from the human interferences in the process that are putting many stakeholders of the school at a greater disadvantage

Prof. Bondzi-Simpson quizzed, “Those computers who operates them? Is it not human beings?”

He further indicated that the school authorities- the headmasters, should be allowed, within a certain framework, and majority of them, of course on merit to be admitted.

Prof. Bondzi-Simpson insisted, “there’s the need for an evaluation of the admission system and If a stakeholders’ conference like this, can’t make that case, then, indeed Ghana is the poorer for it, but Mfanstipim will make that case and Ghana would be richer for it.”

The Omanhen of Esikado, Nana Kobina Nketsiah said there is the need to overhaul the system so the values of schools like Mfantsipim could be kept.

Headmaster of Mfantsipim School, Rev. Ebenezer Aidoo, told the conference, government could not shoulder the burdens in the school alone and that there is the need for all stakeholders to pull their shoulders to the wheel.

He stated that currently, three projects (two classroom and one dormitory blocks) are under construction in the school.

“The truth is that government can’t do it all, hence the need for stakeholders to play active roles to ensure holistic development of every school. The Mfantsipim Old Boys Association has been doing a lot for the school, the latest addition being the Astro tuff football pitch. Other stakeholders – the church and PTA have all been doing, and are still doing their best for the school.”

However, he indicated that Mfantsipim is the oldest secondary school in the country, and as such age is catching up with the infrastructure.

According to him, a careful look or assessment of their buildings reveal that, in about 5 -10 years, we may have a huge problem.

“Some dormitory blocks, masters’ flats and even the headmaster’s residence are all crying for attention. Our growing population also calls for infrastructure expansion,” he stated.

The stakeholders’ forum canvassed for the involvement of all major stakeholders in fashioning out an educational system that could stand the test of time.

The Mfantsipim Forum is a forum initiated by the school, its old boys, the church and other stakeholders to think about the school and the educational system.