Management of Ghana Education Service (GES) has issued a strong warning on validation and non-validation of salaries and its related issues.

According to GES, its attention has been drawn to several reports of some staff having their names going off the pay roll. In some instances, it is alleged that the names have gone off due to non-validation by accredited validators of such staff purely as a punitive measure on the basis of personal disagreements or differences.

In a statement issued by the Deputy Director-General of GES, Lawyer Anthony Boateng said, management still appreciates the valid reasons for non-validation of staff under the various circumstances as indicated in the guidelines for validation of salaries
and fully endorses them and urges the various validators to ensure strict compliance with those guidelines.

That not withstanding, GES Management is worried with some of the reasons assigned for some instances of non-validation, especially where these non-validations are based on personal differences involving the Validator or uninvestigated allegations.

GES explained that, to deal with issues of abuse of the principle of validation of salaries, it is hereby directed that henceforth, no Validator should refuse to validate any staff on the basis of any other reason apart from those contained in the guidelines for validation.

The Service cautioned that, where a staff’s salary should be blocked or not validated, for any other reason not provided in the guidelines for salary validation, there should be an express authorization by the District/Regional Director or the Director General. This include where such recommendations are based on an investigations or disciplinary committees at all level.

However, where the reasons are based on the validation process guidelines, the validation officer who refuses to validate a staff, must immediately make a formal report to the Regional/District Director or the Director General as the case may be.

The Ghana Education has noted that any staff whose salary is not validated for any reason and who feel aggrieved by any such non-validation should promptly report this to the appropriate quarters within the GES for investigations.

Meanwhile, the notice address to all Regional Directors for onwards dissemination to District Education Directorates and schools said, all Cost Centre Managers are to ensure strict compliance of these directives forthwith.

This was made known in a letter dated February 18, 2022, signed by the Deputy Director General (MS), Anthony Boateng in addressing issues relating to validation of salaries and non-validation of GES staff. 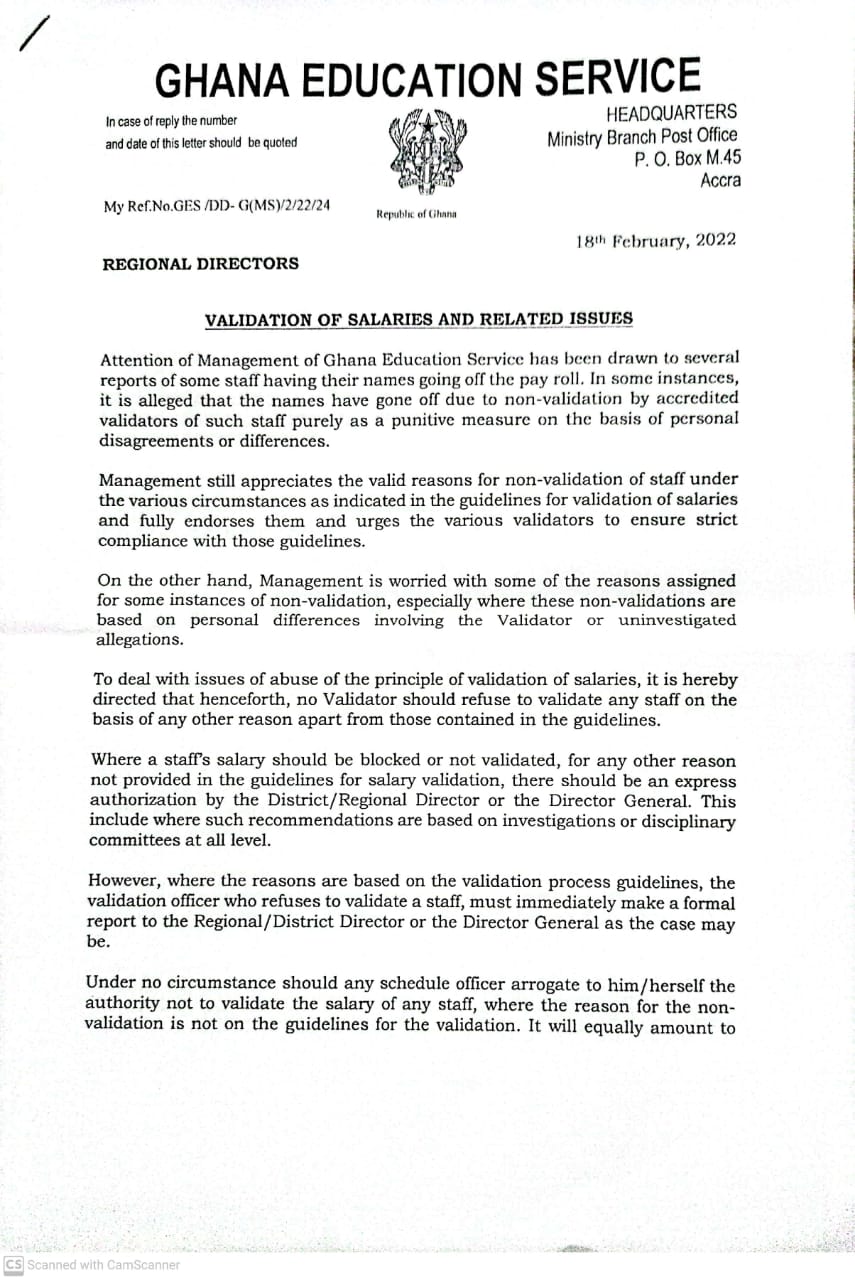 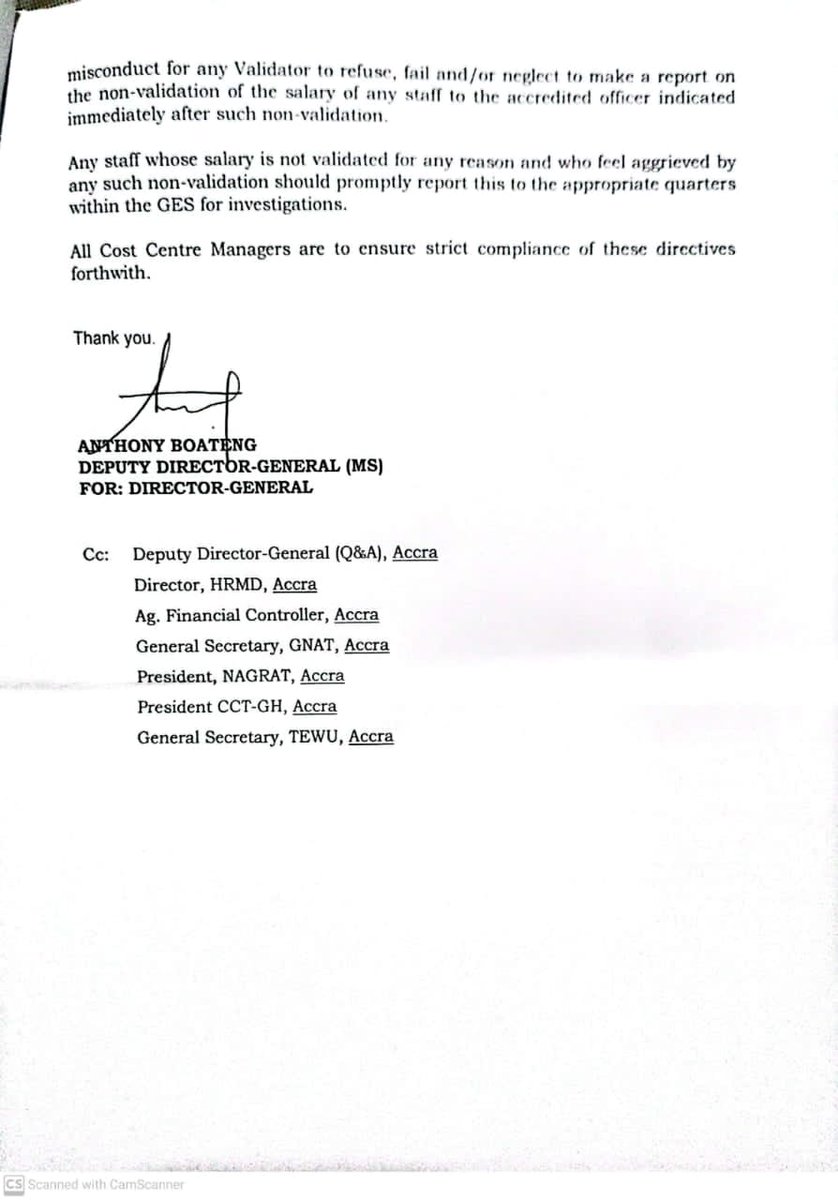