GES speaks on wanton deletion of teachers name from Payroll

GES speaks on wanton deletion of teachers name from Payroll 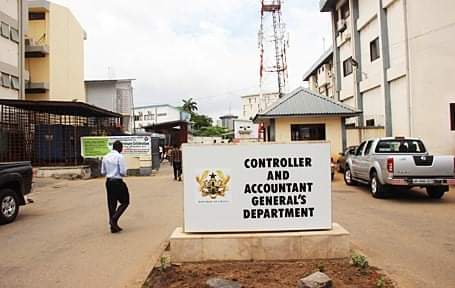 The Public Relations Officer of the Ghana Education Service (GES) madam Cassandra Twum Ampofo in a statement, acting on the directive of Director-General of GES, Professor Kwasi Opoku-Amankwa, has addressed issues of wanton deletion of teachers name from the Controller and Accountant-General’s Department Payroll.

According to GES, as part of salary administration of the Public Service, salaries are validated every month before they are paid. The system involves validators confirming names of staff and amounts due them.

GES addresses issues of shortage of chalk and TLMs in Schools

The statement explained that, inherent in this system, is the option to query any name or amount that has been indicated on the payroll to be paid for that particular month.

GES has clarified that, in instances where strange names have appeared on the payroll and generally where there is a stated reason why a staff should not
be paid for that particular month but such a staff is programmed to be paid, the Validator should indicate that the person should not be paid or should be paid but not with the amount indicated.

GES clarifies issues on preparation of lesson notes by Teachers

Recently, Management of GES received a complaint from the Teacher Unions, including the National Association of Graduate Teachers (NAGRAT) that some of the Validators were abusing the system by stopping salaries of some staff on personal differences, instead of the official reasons.

The consensus at the discussion was that, Management of GES should issue guidelines on how stoppage of salaries of staff should be handled as a way of dealing with the abuses.

The guidelines have since been issued and copied the Teacher Unions. The crux of the
guidelines is that where there is a justifiable official reason why a particular salary should be stopped, the validator should immediately inform the Cost Centre Manager of the development and the reason for that.

On the other hand, where the reason for stopping the salary of any staff is not one of those indicated on the payroll system, (such as for disciplinary issues), the Validator should only do that on the express authorization of the Cost Centre Manager. The Cost Centre Manager should indicate such instances in a special report through the system.

Management of Ghana Education Service (GES) was reacting to concerns raised by NAGRAT at its Press Conference on Thursday, 17th February, 2022 on wanton deletion of names of teachers from the Payroll, shortage of chalk and TLMs in Schools, preparation of lesson notes by Teachers among others.