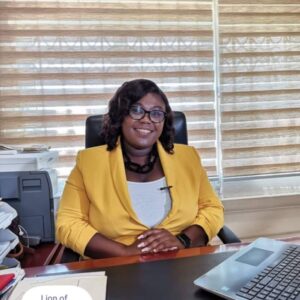 The Ghana Education Service (GES) has said that it will meet with the teacher unions on Thursday, January 20, 2022 to resolve their concerns over the new semester-based academic calendar for basic schools.

The teacher unions in a joint statement on Monday, January 17, 2022 called on the GES to immediately withdraw the new policy that changed the trimester system to a semester-based academic calendar for basic schools for broader consultation.

According to the unions, they are disappointed in the GES for not engaging them on such a major policy decision, prior to the announcement.

Speaking to JoyNews, Public Relations Officer of GES, Cassandra Twum Ampofo disclosed that the Service had scheduled a meeting with the Teacher unions on Tuesday, January 18 but was called off due to an internal meeting by the unions.

“We have taken notice of the concerns raised by the teacher unions and so, as it’s always been the case, when they raise issues like this, we always invite them, we have done that. As a matter of fact, we are supposed to meet them today [January 18, 2022] but they pleaded they were in a meeting and so we had to reschedule it to Thursday and so, God willing on Thursday, we will meet with them and discuss the issues that they have raised. Of course they are our major partner and so we will meet them on Thursday and discuss the issues so that whatever the outcome is, we will let the public know,” she told JoyNews.

She said the Service has taken notice of the concerns raised by the unions and is willing to welcome their suggestions in order to reach a consensus.

“We always invite discussions and policies, we can’t do it alone in educating these kids. It’s holistic. So whatever decisions or discussions or suggestions that are coming up, we will definitely look at them and put them on the table but I can’t say for a fact now that we would consider rescinding the decision, this is a policy coming from the Ministry. But definitely, I know my Board, the GES Director-General and the Ministry will definitely have a look at it. We will welcome all opinions because it is for the best of the country,” she added.

On January 14, 2022, the GES in a Facebook post announced the introduction of a semester-based academic calendar for all basic schools.

This was met with vehement opposition from the Teacher unions and Education think tank, Eduwatch.

The two stakeholders in education want the government to withdraw the new policy as they contend it is not the best for the basic schools.