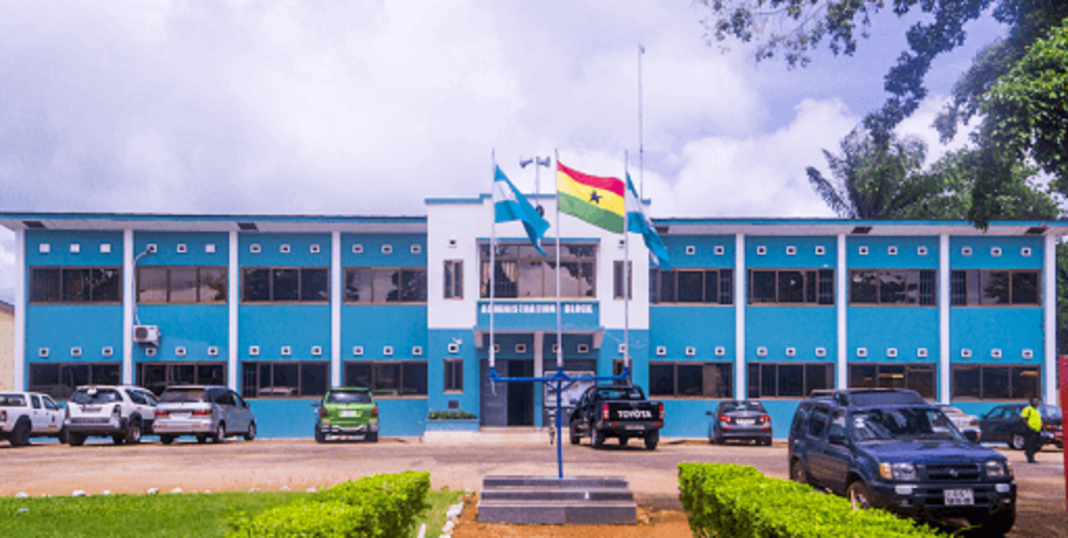 According to the SOSA Executive members, they do not approve of the appointment of Mr Osei Marfo as headmaster of the school and calls on other members of the Association to support the Association in pursuing this course.

The Association has therefore petitioned the Ministry of Education and appropriate authorities with their concerns and reasons why they oppose the appointment of Mr Osei Marfo as headmaster of SUSEC.

“The Association would like to state emphatically that until we get feedback from the Ministry of Education, we would like to put on hold our affiliation to the school”.

“Having said this, SOSA as an Association would continuously seek its member’s welfare and promote the interest of the Association”, SOSA National President, Professor Opuni-Frimpong in a letter to members assured.

“We would like to assure members to solidly rally behind the Association for us to achieve an expected outcome”.

According to the president of SOSA, Executives will not be hesitant to update members whenever necessary in the interest of SUSEC.

It is unclear why the Executives of the Old Students of the School are opposing or disapproving the appointment of Mr. Osei Marfo as the Headmaster of the Sunyani based school. 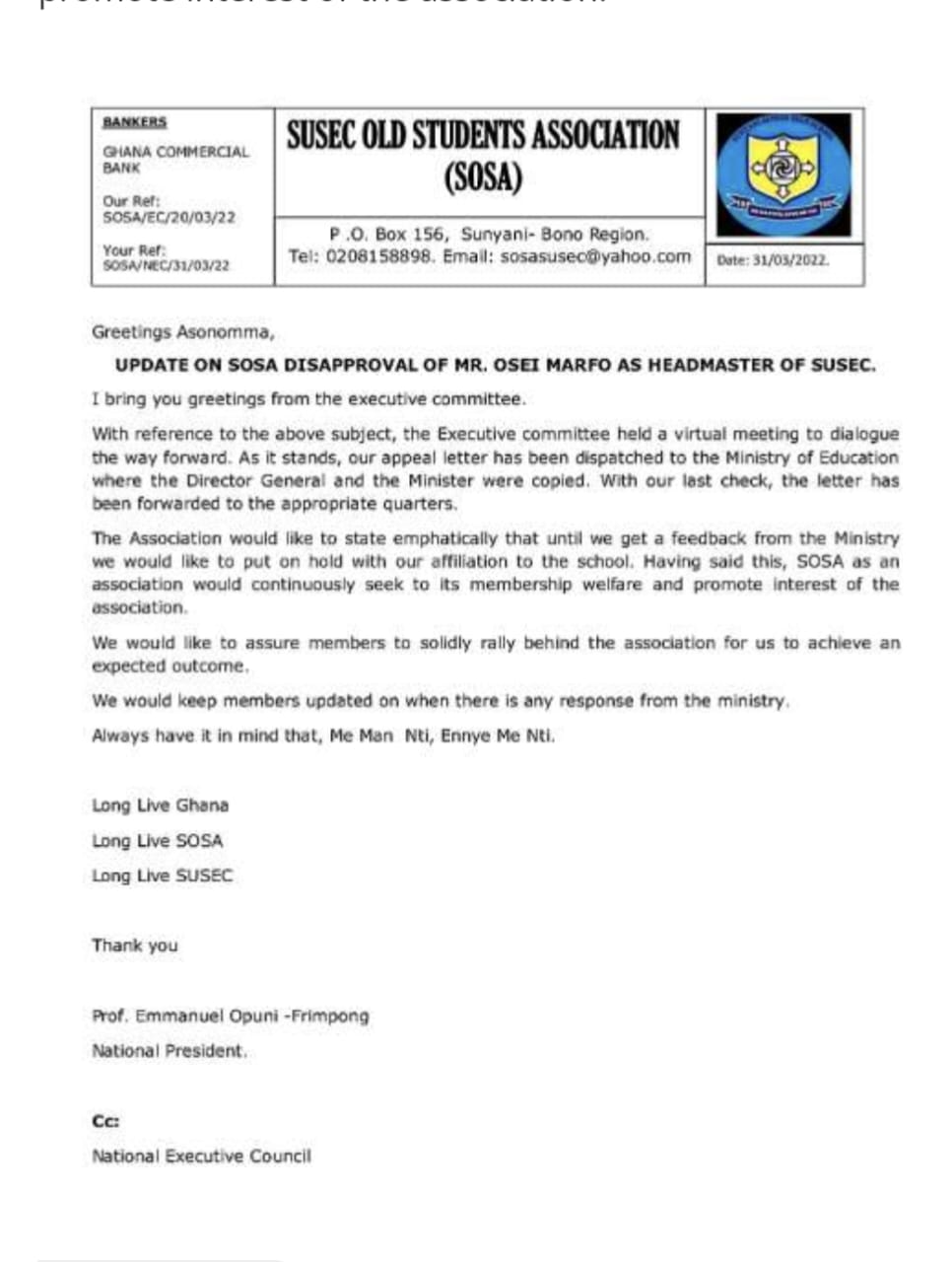