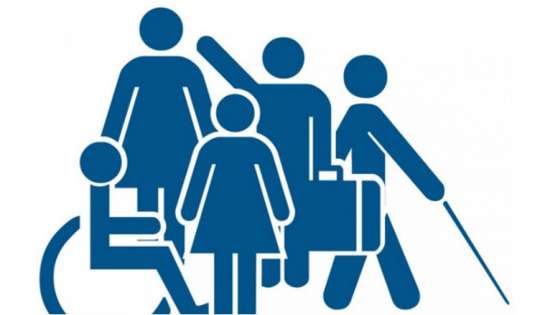 Mr Kingsley Agyemang, Registrar of the Ghana Scholarship Secretariat says it is time society for students with disabilities to compete on equal level with other colleagues as they achieved academic success.

He observed that students with disabilities were underrepresented in the educational system and were also facing stigmatization.?

“Those who have progressed through the levels of the educational system will bear testimonies of difficulties students with disabilities encounter as they aspire to secure personal growth and development for a better future through education”, he said.

Mr Agyeman, said this when he launched the Disability Support Initiative (DSI) dubbed, “Government’s Big Boost” in Tertiary Institutions in Ghana”, at the University of Education, Winneba (UEW).

The programme was organized by Ghana Scholarship Secretariat and hosted by the Department of Special Education of the Faculty of Educational Studies of UEW.

The purpose of the programme is to ensure that students with disabilities had the necessary funding to support them to access and fully participate in and successfully complete their chosen course of study in approved tertiary institutions in the country.

According to Mr Agyeman, the DSI was not a new initiative, but had been enhanced with an upward reviewed package in the form of grants given to postgraduate students with varying degrees of disabilities to reduce the burden of educational cost they encounter in their studies.

“It is worth mentioning that in addition to the DSI, the Scholarship Secretariat in fulfilment of its mandate, also administer other scholarship at the tertiary level, ranging from local tertiary award, foreign tertiary awards, Thesis and Bursary grants, long stay award for biomedical students among others? for smooth academic work.”

He indicated that one of the key issues worth considering was whether the country’s educational system as well as policies of tertiary institutions reflected the challenges and circumstances of students with disabilities on discount of payment of tuition and academic facility user fees and purchase of educational items.

He announced that Persons with Disabilities (PWDs) in Ghana accounted for 3.7 percent of the population and the students were defined as, “those who have long-term physical, mental, intellectual, or sensory impairments, which in interaction with various barriers, may hinder their full and effective participation in society an equal basis with others.”

With the induction of the flagship project, district level scholarship scheme, the tertiary education sector has recorded increased enrollment of PWDs which constitute a significant proportion of students at the university community, he stated.

“The Scholarship Secretariat believed that having an impairment, mental health condition or learning differences should not prevent these groups from pursing their ambitions, although it might mean incurring additional costs, with regard to accessing specialized equipment”, he added.

He noted that with the increasing number of students with disabilities, the Secretariat was expected to receive an appreciable number of applications and would heed to the President’s directive that, “No person should be left behind”.

?Mr Agyeman said continuous professional?development programmes would be rolled out for all PWDs in tertiary institutions through scholarships to pay for their academic fees at all levels.

Their usual grants have also been increased by 200 percent, he revealed.?

Among personalities who attended the programme were Deans, Directors, Heads of Department, SRC, GRASAG of UEW and other officers from other Institutions.