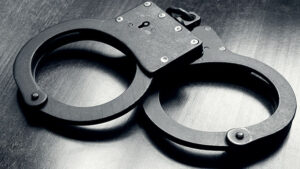 Three senior high school (SHS) students are in the grips of the Western Regional Police Command for allegedly burning and killing a Bolt driver who later turned out to be a navy officer.

The Bolt driver, who later died at the 37 Military Hospital, has been identified as Naval Officer AB1 Boateng Okyere of the Sekondi Baka-Ano.

DSP Olivia Ewurabena Adiku, Western Regional Police Public Relations Officer, confirmed the arrest to the media.
She said the suspects were arrested on Thursday, December 24, at about 1700 hours, in an operation based on intelligence gathered by the Regional Intelligence and Operation Unit.
She said all the three suspects confessed to committing the crime.
DSP Adiku refused to mention the names of the schools of the suspects due to security reasons but said they would be arraigned and charged with robbery and murder.

“The suspects confessed that they wanted to steal the car from him. When they got to Baka-Ano and they asked him to hand over the keys, he refused, hence they poured the petrol on him and burnt him,” she said.

“The three are currently in our custody and would be put before court on the charges of robbery and murder.”