The Public Relations Officer for the Ministry of Education (MoE), Mr. Kwasi Kwarteng has disclosed the major reasons for the introduction of the Semester System into the Basic Schools.

He has stated that, the semester policy was introduced at the Basic level to help parents who had to make different child care arrangements. 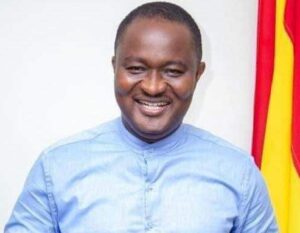 In a Facebook post, the PRO of the Ministry indicated that, after introducing the semester system at the Junior High School level, the Ghana Education Service had to do same at the Primary level too to help parents.

In a statement he described as “Facts” on semester system introduced by GES last year at the JHS level, he said,  it was to “remove challenges facing parents who had to make different child care arrangements for their wards in Primary and JHS they justified its extension to primary school” he indicated.”

Ministry of Education debunks claims that laptops for teachers are inferior

He was quick to add that, even though both systems have no inherent advantage in terms of students learning outcomes, the Minister for Education had to direct GES to revert to the trimester system after listening to union leaders and teachers.

“Both systems have no inherent advantage in terms of student learning outcomes.

“Therefore after listening to union leaders  and teachers expressing their preference for the trimester system the Minister for Education  directed GES to revert to the Trimester system” he said.

He added that, the Ghana Education Service had several backlash from teacher unions and the general public after it introduced the semester system at the Primary level after introducing it at the JHS level last year.