The Education Minister, Dr Yaw Osei Adutwum, has urged Headmasters of Senior High, Technical and Vocational Education and Training (TVET) schools to encourage students to take a keen interest in the study of STEM-based courses. 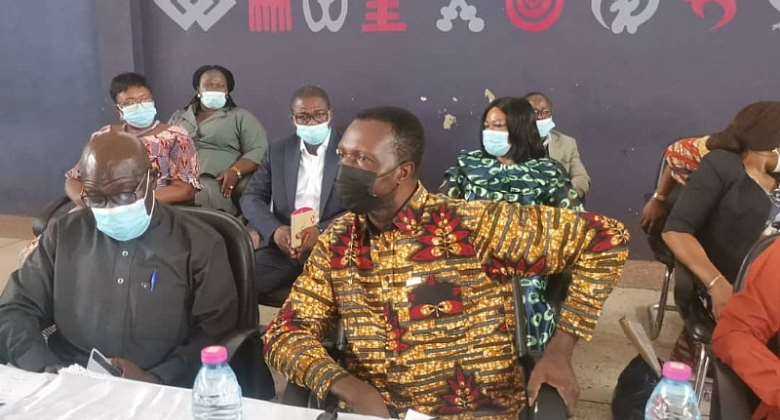 This, he said could be done by engaging the services of various institutions in the organization of a seminar, fairs and career days in their schools to expose the students to prospects available in the STEM sector after school.

Dr Adutwum made this call when he addressed Heads of all Senior High Schools in Kumasi on Sunday, Monday and Tuesday.

The meeting was aimed at discussing issues relating to the new academic calendar for the year and how best to improve their performance during the period.

The meeting was to discuss various strategies needed to bring about improvement in the performance of schools during the year and also share best practices and experiences by some heads.

“With the current state of development across the globe, there is the need for all to think about ways of being part of the global economy by training the critical minds that can compete in the global market,” he said.

The Education Minister who is a career educationist hinted of plans by the government to merge some schools with low enrolment within the same community or localities to help curb the huge administrative cost in maintaining those schools.

He said effort was being made to help provide boarding facilities to some schools to perform efficiently.

Dr Adutwum lauded headmasters in the country for their roles in the provision of high-quality education to students across the country describing them as very critical stakeholders in the nation’s transformation agenda.

Dr Adutwum urged the Heads to liaise with their governing councils to introduce intervention programmes in their schools for students with challenges in English Language and Mathematics to enable them catch up with their peers without such challenges.

He explained that students with weaknesses in English language proficiency and mathematics could be given additional tuition in those areas for about one year so they would be able to improve on their performances in those subject areas.

Mr Anthony Boateng, Deputy Director-General of the Ghana Education Service, charged heads to work hard to help curb the issue of sexual harassment and other forms of harassment against students by being proactive and not reactive.

He cautioned that any student, teacher or headmaster caught in any sexual harassment would be made to face the full rigours of the laws in the country.

Mr Boateng urged the Heads to desist from shielding any teacher or student who indulged in the sexual harassment since it was criminal and rather allows them to be reported to the Police to investigate such cases.

“To ensure that we avoid all forms of attacks and other forms of challenges, lets us all learn to abide by rules and regulations as heads so we win the trust of society all the time,” he noted.

The Deputy Director-General cautioned headmasters to desist from hiding behind Parents Teachers Association to collect money from students.

He urges that to allow parents themselves do their own money collection and decide what to use it for.

He explained that PTA’s can be operated independently on their own without attaching it to the activities or using students as a means of collecting money since it was very wrong.

Mr Boateng charged the heads not to engage the services of any staff without an official letter since they could be charged for indulging in illegality.